It’s been a while but here I am again with a recipe for my newly favorite granola. I haven’t strayed too, too far from my previously posted puffed grain granola recipe. The main puffed grain I use now is kamut, which is a bigger grain than wheat and is still a good size after it shrinks, and my nuts of choice are now pecans. I often add wheat germ for added protein and nutritional value.

I always forget how quick and easy it is to make granola, and I never make it as often as I should, in part because as soon as I make it, the granola monster, otherwise known as my husband, devours it by the handfuls as a snack. When I do have it, it’s my favorite quick breakfast with yogurt and berries. We also take it along on hikes as an alternative to granola bars, which are typically very sweet. I think that it would also make a nice homemade gift.

My regular grocery store doesn’t carry puffed grains, but I’ve found them at health food stores or grocery stores which have a larger selection of health food — whatever that means — like Whole Foods and Sprouts. If you live in the US, you can use the Arrowhead Mills locator to find stores that carry them. Arrowhead Mills isn’t the only brand that carries puffed grains, but it’s the only one I’ve found in West Los Angeles. 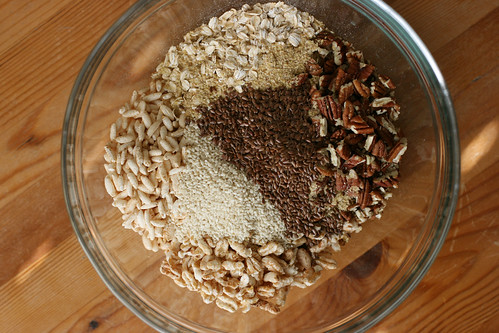 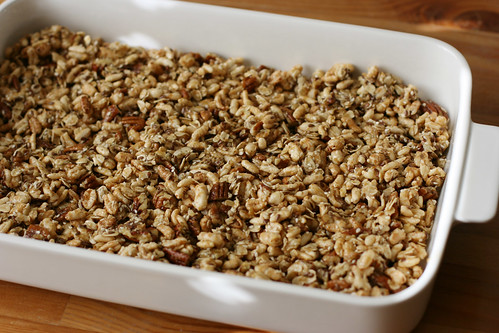 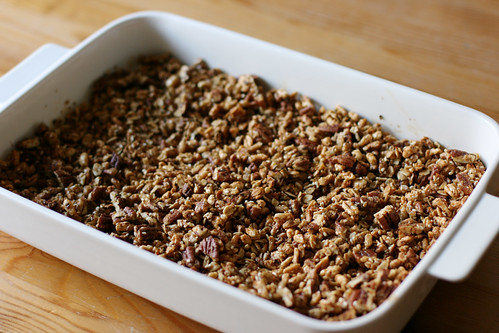 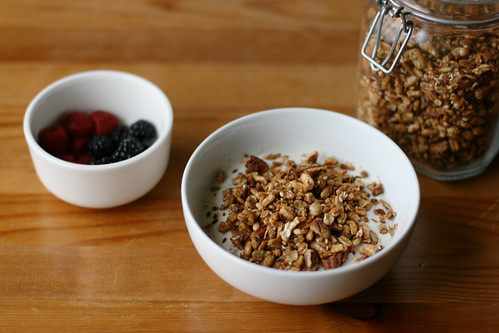