Here is a recent addition to our repertoire of favorite dishes that are quick to make. But first, a quick digression on my relationship with soup.

Soups are a huge part of my heritage. It’s the first part of every main meal. I didn’t particularly appreciate this custom growing up because, as picky as I am about food in general, I’m even pickier about soup. I was happy to eat it if it was made by my mom or grandma and even then, it couldn’t be just any soup. It basically had to be either strained chicken noodle soup with thin, homemade noodles or fresh bean soup with a tomato base.

And then I had a version of this soup in Nicaragua. It’s a tomato base soup with avocado and cheddar and, the best part, crispy tortilla strips. No, wait, the best part might be how quick it is to make.

It’s slightly tangy, likely from the tomatoes we use, and I’ve made it spicy enough to require some nose-blowing mid-meal. We add fried black beans for some extra protein because we have it as a single dish meal. Make it vegetarian by using vegetable broth instead of chicken broth and make it vegan by skipping the cheese.

Part of what makes eating this soup so fun to eat is that you continually replenish the toppings and can have crispy tortilla strips with every bite. I like letting some of the tortilla strips soak slightly, so parts are crispy and parts are soft. My partner like to eat them before they have a chance to soften.

We generally snack a lot during the day so eat relatively small meals. But serial snackers as we are, this soup that’s supposed to serve at least 5 people is only enough for two meals for the two of us.

A website update: I added a favorite tools section to the website which features some of our favorite kitchen things. The products link to the site where we bought them (or had bought from us from our registries). You’ll notice that currently everything that’s on there is from Amazon. That’s in part because I’m only an affiliate there, but in larger part because I actually do buy almost everything from them. They got me hooked, the tricksters, with a free prime account

when I was a student living in a city that had no home goods stores within waking distance and I had no car. If you are a human (i.e. not a spam bot), feel free to suggest your must-haves on that page, and not just from Amazon. I look forward to any recommendations! 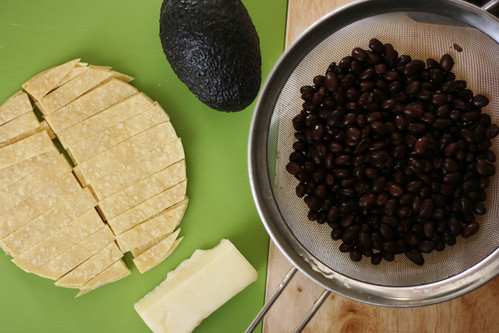 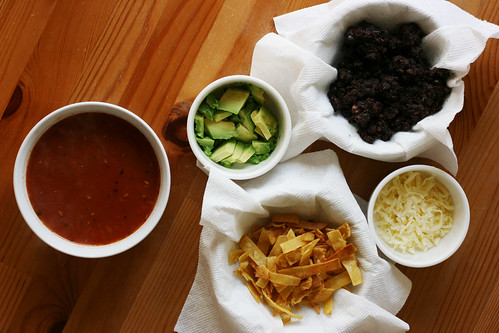