I’ve wanted to post a pizza recipe for a while and I have some notes and photos with a dough enriched with grains but I’m not happy enough with it yet. While I’ve been perfecting the pizza recipe, I’ve also been perfecting the dough and loaves. Since posting my first bread recipe, I’ve tried to make the process a little less haphazard and to measure things out more carefully. I’ve also decided to try making the dough using only all purpose flour and, to my surprise, the dough behaved differently enough after the chilling period to warrant its own post. It is much stickier and much harder to work with than the light whole wheat dough. The directions here take this into account.

and the diameter of the parchment paper is around 6.25″. If you’re also using a small pot like mine but want to use a whole one pound of dough for the loaf, you might want to append two tabs to the parchment paper circle to help you lift the rested dough into the pot better.

I think that I tend to overbake my bread because I like the crust to be very crispy. If you’re not a crisp-fanatic like me, check out the notes about timing in the tips section.

Makes enough dough for about 4 small loaves of bread 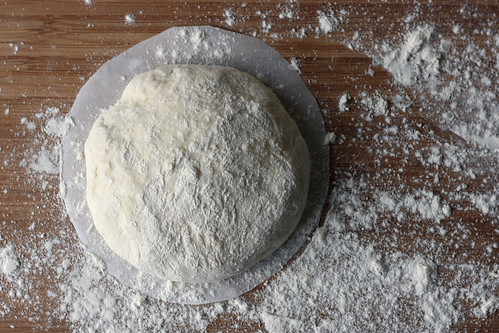 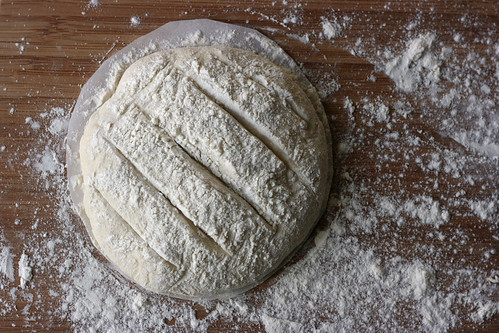 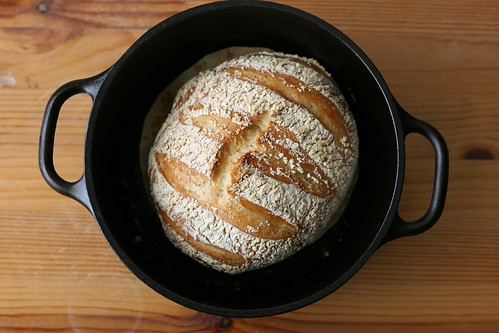 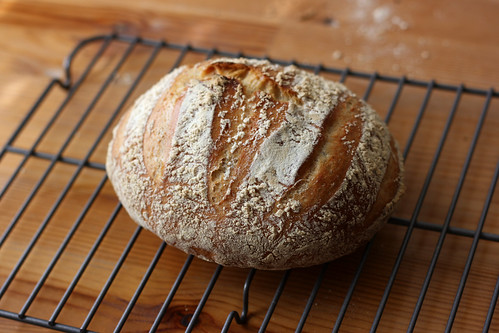 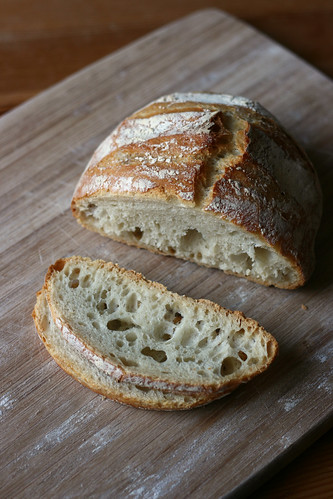 , a measuring scale, and a cooling rack. See the tips section of the older bread recipe post for a discussion on other tools you might want for bread-making.