After suggesting that you use any leftover dough you may have if you don’t like the bread it gives you by making pizza more than three months ago, I finally have a pizza recipe ready for you. I made the low whole-wheat version of the dough here but reduced the salt a little more. Making the dough early enough to allow for at least an overnight refrigeration will make your life a lot easier when rolling it out. Remember that the dough can be used within 14 days of making it. The actual preparation of the sauce and toppings takes about as long as heating up the oven so this is a quick dinner once you have the refrigerated dough.

The basic tomato sauce is tomatoes, ground pepper, a tiny bit of salt (if you can afford it in your diet), and red chili pepper flakes if you like spicy food. We sometimes add garlic and other spices to the sauce. We always top with mushrooms and fresh mozzarella and, when we’re feeling fancy, with shrimp. I of course made the fancy version to post.

I assume in my directions that you have no experience making pizza. I also assume that you don’t have any of the pizza-making tools you could have because we certainly don’t. We cook our pizzas in our 12-inch cast iron pan

, but see the tips section for suggestions on how to cook it on other mediums like cookie sheets or baking stones.

I learned the hard way that it’s not a good idea to roll out the dough and let it sit. The longer it stays out of the fridge, the stickier it gets and trust me, you don’t want to end up having to try to scrape it out of the pan after it’s cooked. Let’s just say that you generally don’t end up getting much of the crust when you have to do that. So, I recommend getting everything else ready before bringing the dough out of the fridge to form it into a ball and roll it out. Any surface the dough will touch should be generously dusted with flour to prevent from sticking, your hands included. More importantly, dusting cornmeal on the rolling surface and cooking surface is the only way we’ve found to prevent the dough from sticking. If you work with the dough quickly, don’t leave it out of the fridge for long, and dust the cooking surface with cornmeal, you probably won’t have any issues with it sticking to the cooking surface. But if you’re worried about the non-stickiness of the pan you choose to use and don’t want to risk having toppings with scraped up dough for dinner, you can line the cooking surface with parchment paper. This will, however, make the bottom of the crust a little less crispy and might not allow you to eat the pizza by holding it in your hands if that’s your preferred method to eat it.

To prevent the crust from getting soggy once it’s cooked, we eat it one slice at a time and leave the rest on the cutting board.

Oh, I should also mention that since posting the revised dough recipe, I’ve learned that the stickiness of the dough depends not on how much whole wheat flour I use, but on the brand of the flour I use. Using the high-end flour (you know, the most expensive brand) has given me the stickiest dough but the best results with the loaves (the interior is more moist and less shiny). As far as I can tell, there’s no difference in the result when making pizza, so I would actually recommend using the lower-brand flours for pizza, since the dough is less sticky and easier to roll out. 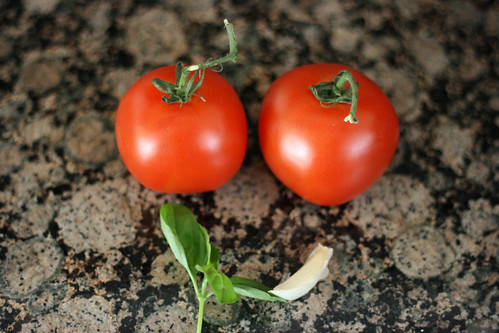 Ingredients for the sauce 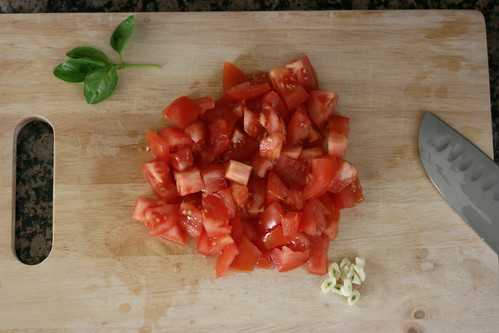 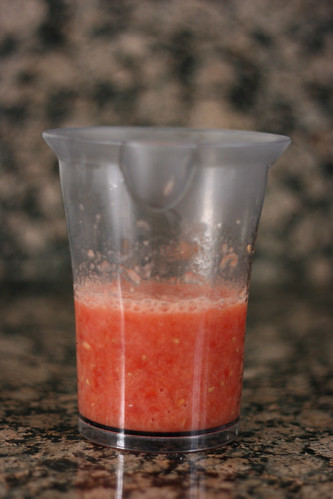 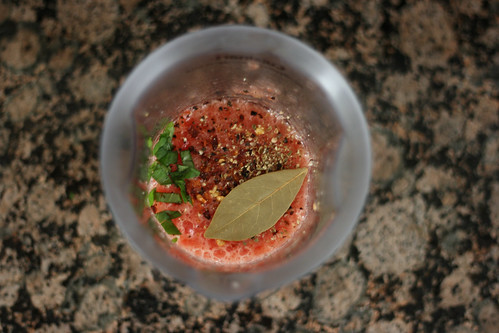 Adding spices to the tomato sauce 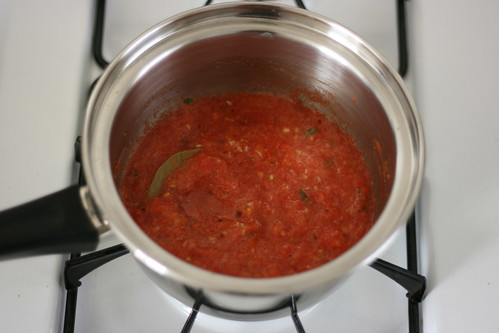 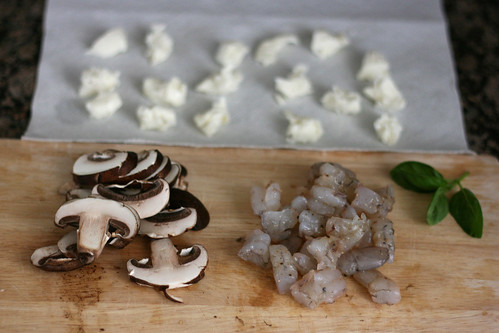 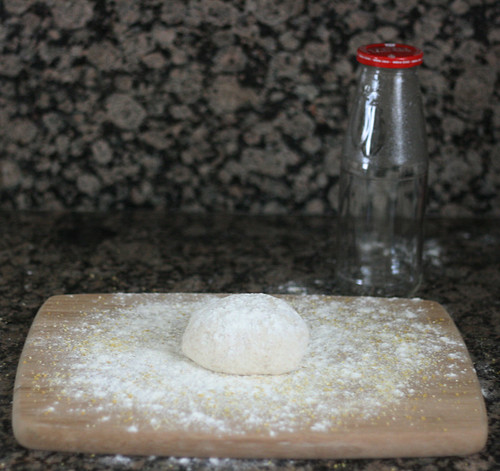 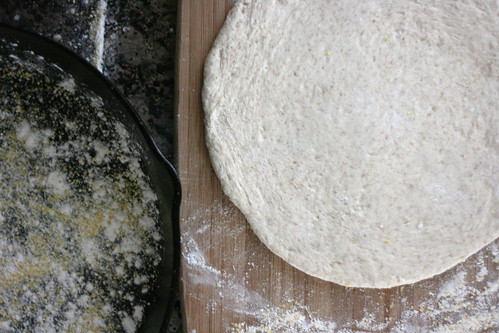 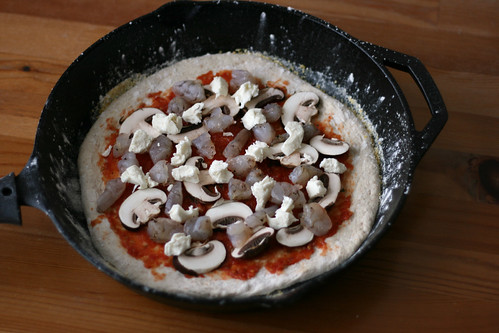 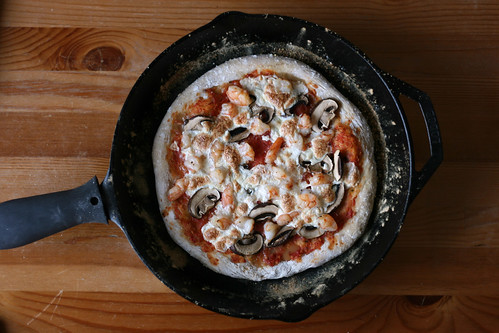 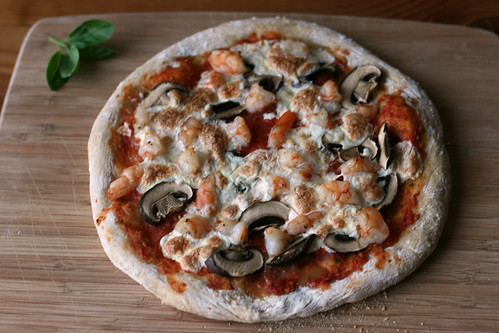 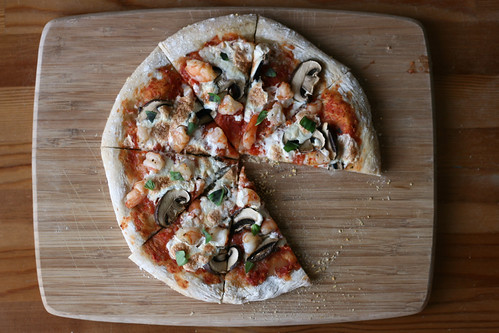 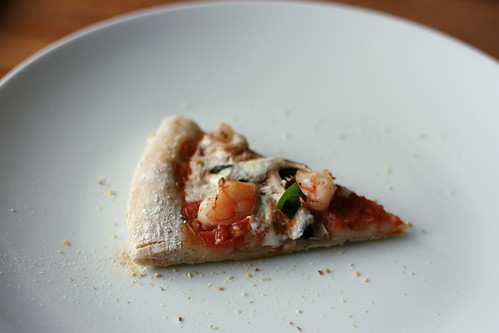 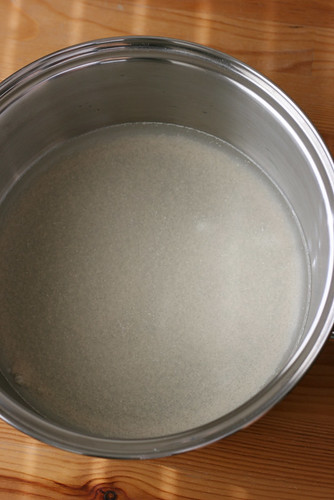 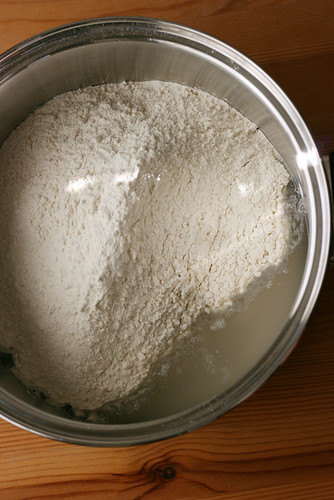 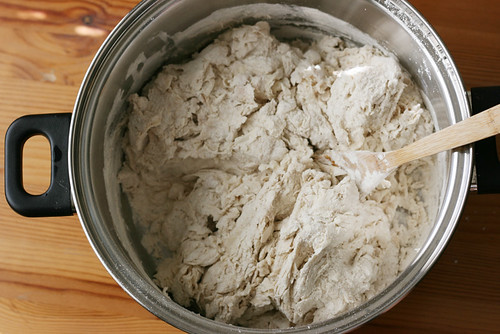 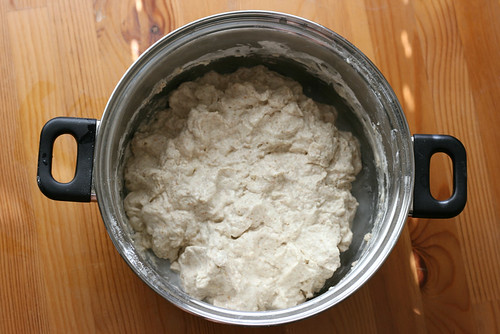 Dough after all of the flour has been incorporated 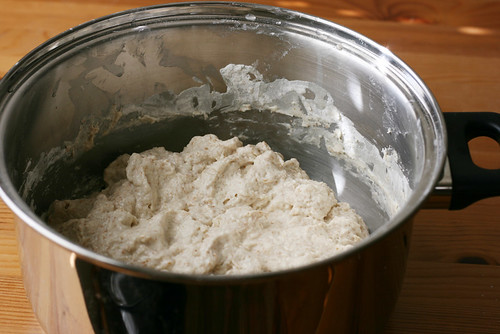 Side view of dough pre-rest 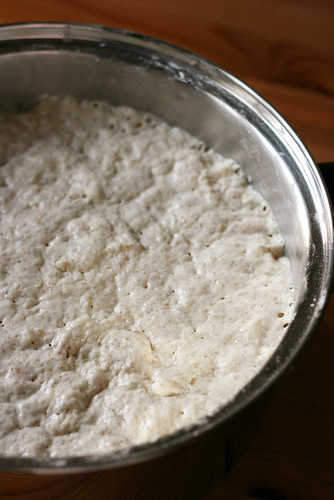 Side view of dough post-rest 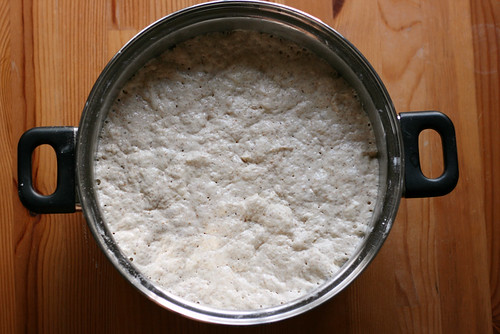 The dough ready to be refrigerated